Master Sha knew from an early age that he wanted to help people who were suffering. Seeing neighbors who were ill with chronic conditions, he felt a calling to become a doctor. He became aware that Western medicine did not always have the answers, and observed and experienced himself how some supposedly incurable conditions improved by using Chinese traditional medicine.

Recognizing that these approaches to healing were complementary, he attained an MD degree in Western medicine in China and also trained in Chinese traditional medicine and Acupuncture, becoming certified in both China and Canada. In his heartfelt desire to help as many people as possible, he went to the University of the Philippines to attain a Master’s degree in Public Health Administration and opened a free clinic there for the poor.

Respecting the accomplishments of Western medicine and the effectiveness of Chinese traditional medicine, Master Sha felt that there was something essential to add: soul or spirit. He went on to develop teachings on the power of the soul and special techniques to help people mobilize their own self-healing abilities. One of his major teachings is how to use the power of love to connect with heart and soul and transform on every level, physically, emotionally, mentally, and spiritually. 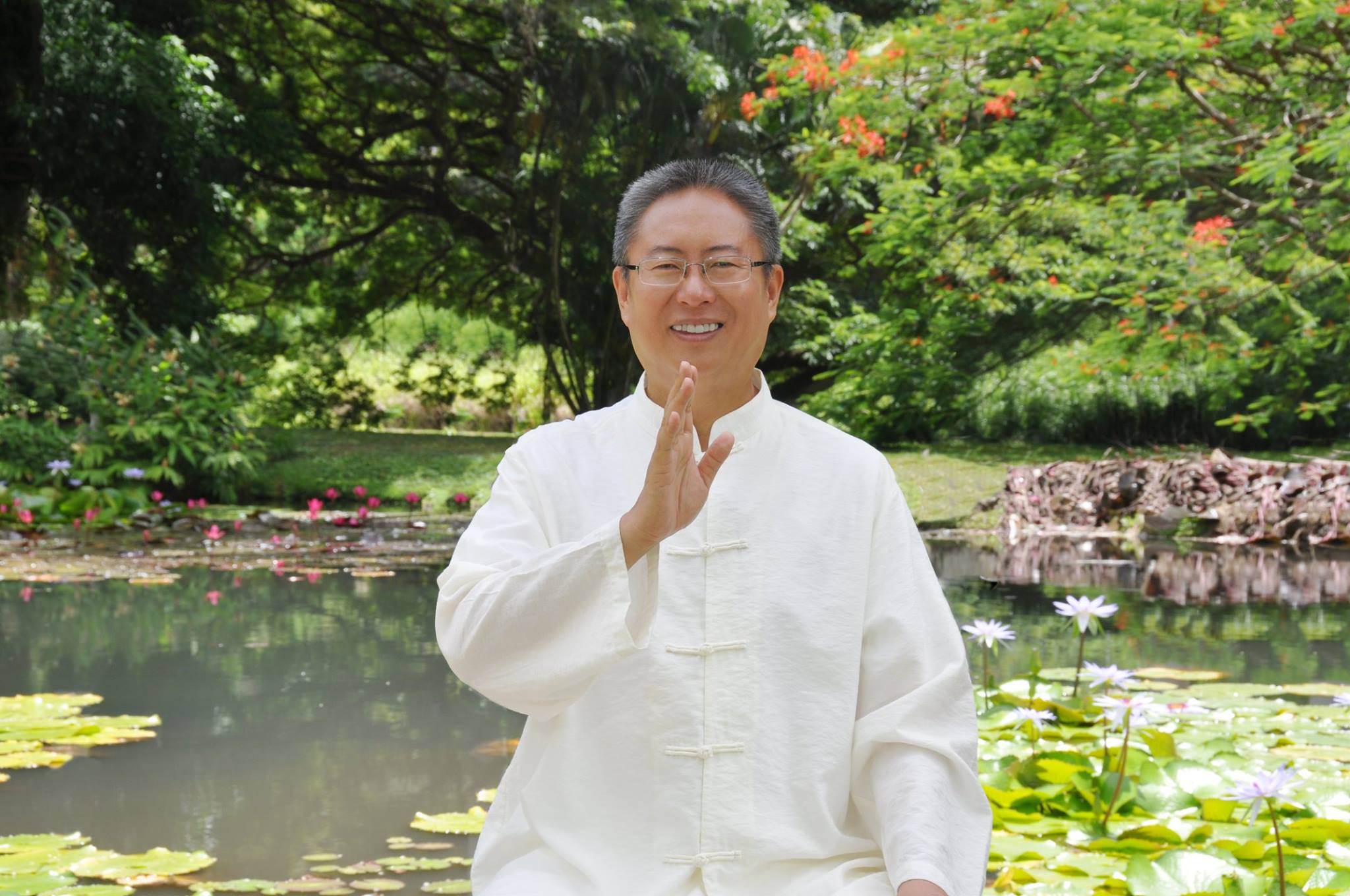 Did you know that Master Sha was a sickly child? Around the age of 6, he would walk in the park with his parents on Sundays as his main physical activity. One Sunday he observed a Tai Chi Grandmaster whose power and skills seemed magical to Master Sha, and he wanted to learn himself. He ran up to the Grandmaster and asked to be a student. The Grand Master said that he was too young. But eagerly, Master Sha insisted he would be a good student, and the Tai Chi Grandmaster took him as his youngest student ever.

Six-year-old Master Sha began practicing Tai Chi for 4 hours each Saturday and Sunday, and he did this for 10 years. Starting so young, the demands were not easy. He had to hold positions for long periods of time, but his health steadily improved and Master Sha became a role model to his siblings and a strong student at school.

Needless to say, Master Sha continued to develop himself and has become a powerful soul leader and servant of humanity. Upon reminiscing about his childhood, Master Sha said, “Tai Chi taught me persistence and internal power. I learned at a very young age that I could push myself beyond pain and accomplish great control of my body.”

Master Sha created Tao Calligraphy after learning the unique form of one-stroke calligraphy called Yi Bi Zi from the over one-hundred-year old Professor Li Qiu Yun. One of the world’s Chinese language experts, Professor Li had learned Yi Bi Zi from Tai Shi (supreme teacher), who taught the emperor’s and royal family’s children during the Qing Dynasty, the last imperial dynasty in China. Professor Li had never taught anyone Yi Bi Zi before, but she was moved by Master Sha’s sincere desire to learn and made him the only lineage holder of Yi Bi Zi. 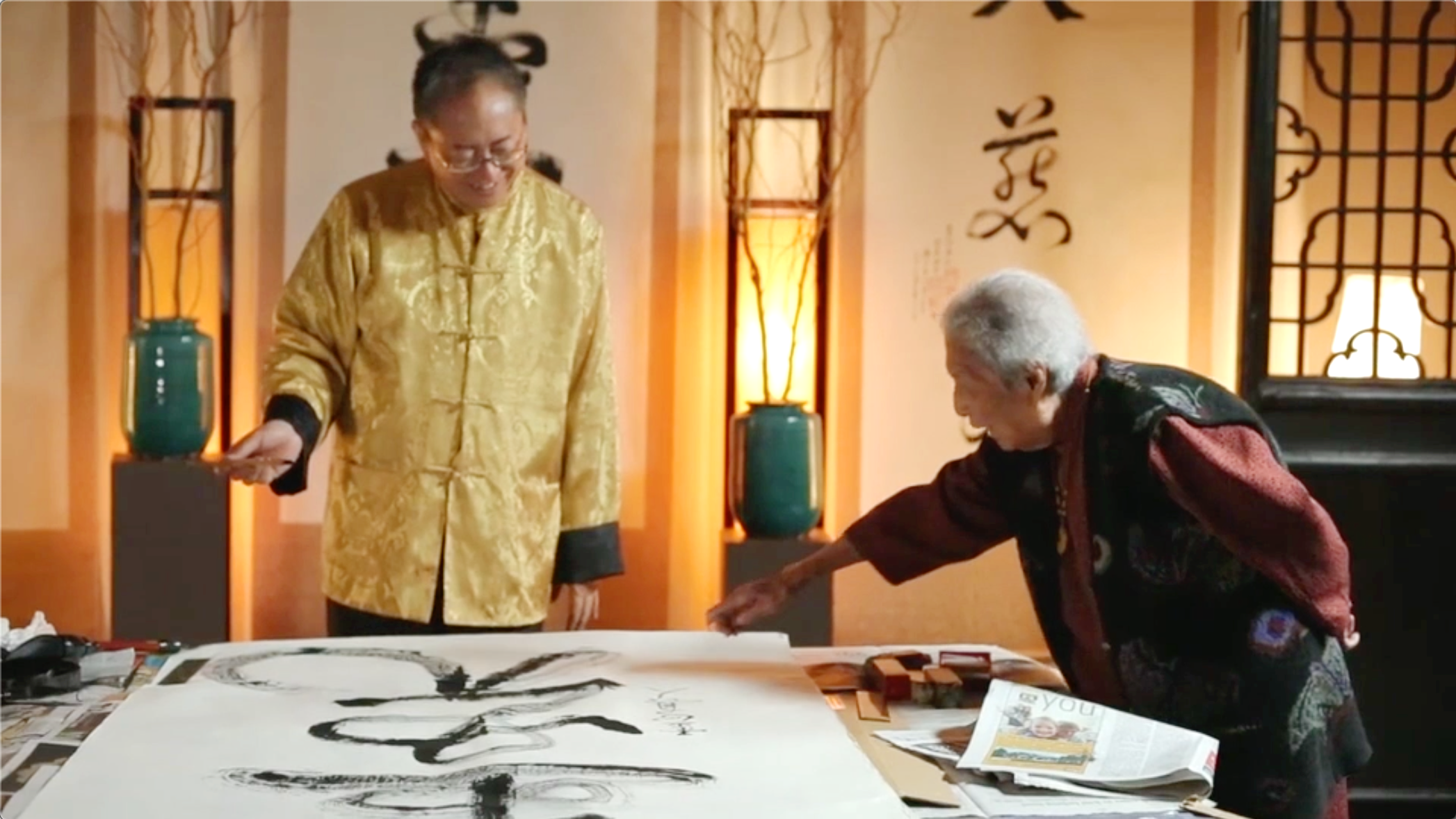 After mastering Yi Bi Zi, Master Sha created Tao Calligraphy, an art that goes beyond art, to serve humanity. In 2016 Master Sha received the honor of the appointment to the titles of National Chinese Calligrapher, Honorable Researcher Professor, and National and Overseas Advisors Consultant by the State Ethnic Academy of Painting. Tao Calligraphies have been exhibited in 2017 at the Cultural Palace of Nationalities in Beijing, China, in 2018 at the Buddhist center Sathira Dhammasathan in Bangkok, Thailand, and in 2019 at the Four Seasons Resort O’ahu at Ko Olina in Hawai’i.

Kuan Yin is known as the Bodhisattva of Compassion. She helps the needy and unfortunate through her compassionate heart. She is one of the most revered Boddhisattva’s in the world, demonstrated by 1000s of temples in her honor. As a young boy, Master Sha “met” Kuan Yin when she appeared to him and taught him the Da Bei Zhou – the Big Compassion Mantra – a mantra of 87 lines which are the names of 87 Buddhas. In the Buddhist teaching it is said that Da Bei Zhou can heal “eighty-four thousand kinds of sickness”. This is because the Da Bei Zhou brings great love and light to the blockages. Master Sha was deeply touched by Kuan Yin chanting the Da Bei Zhou, just as she was touched when her spiritual father, Qian Guang Jing Wang, chanted it for her. She was so touched by the light that came during the chanting that she vowed to spread Da Bei Zhou in all her lifetimes. This vow deeply touched Qian Guang Jing Wang, who then transmitted the one thousand spiritual hands and one thousand spiritual eyes power to Kuan Yin. Master Sha has chanted Da Bei Zhou his entire life and is also honored to be a Kuan Yin Lineage Holder. Kuan Yin and her lineage are dedicated to ending suffering. Kuan Yin can be called on in any disaster or for help in any conditions. She is an unconditional servant.

Master Sha has traveled the world spreading love, peace, harmony, wisdom, knowledge, practical techniques for healing, blessings and more for over 25 years. He has written 25 books (several best-sellers) and has founded the Love Peace Harmony Foundation, Tao Academy, and more, all offering ways to empower people to serve. You can learn more about the Kuan Yin Lineage Holder Training Program at TaoAcademy.com.

Stay up to date on all our events, practice sessions, live shows and more, including special offers and complimentary gifts that we would love to share with you through our weekly emails.